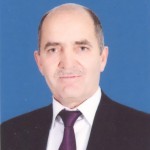 Mr. Osaily awarded a master’s degree in Civil Engineering from City University of London in1986, and his Bsc. in Civil Engineering from Aston University in Birmingham UK in 1985. Eng. Osaily is the founder & senior partner of Osaily Trading Contracting Co founded in 1987. which grew to become a leader in the construction field in Palestine; was honored to have had the opportunity to build some of the biggest & most prestigious buildings in Palestine, like Commercial Centers, Hospitals, Five Star Hotels, Consulate Buildings, Housing Projects, Banks, Water networks & reservoirs, Sewage Lines, Electromechanical Works…..etc.

He is Also the chairman & board member of several companies founded by him, mainly dealing with investment in real-estate, importing & distribution of building materials.

Mr. Osaily resides in Hebron; he is married and has 4 children. 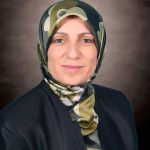 Ms. Osaily was entrusted with a number of varied responsibilities; her main responsibilities were in setting up & promoting administrative & financial systems and creating customer value through leveraging performance quality and gaining competitive advantages.

Ms. Osaily holds a Master degree in Business Administration (MBA) from University of Wales / UK The Dissertation Was About The Key Barriers to Implementing Sustainable Construction In West Bank -Palestine – and a bachelor degree from Jordan University in Amman in addition to several international courses including courses in University of Leiden & University of Geneva about Global Affairs

Ms. Najah is a member at the Arab International Women Forum (AIWF) in UK; and one of the founders of Palestinian Business Women Forum in Palestine .in addition to her affiliation to many other professional & community organizations.

Ms. Osaily was chosen as a member of the steering committee for several conferences organized by the Palestinian Businessmen Forum.

Her sense of responsibility towards her society motivating her to share as a frequent speaker in several seminars, presentations and radio interviews with several organizations caring for youth and women locally and internationally. Ms. Osaily published articles in several magazines including  TWIP magazine -this week in Palestine-.